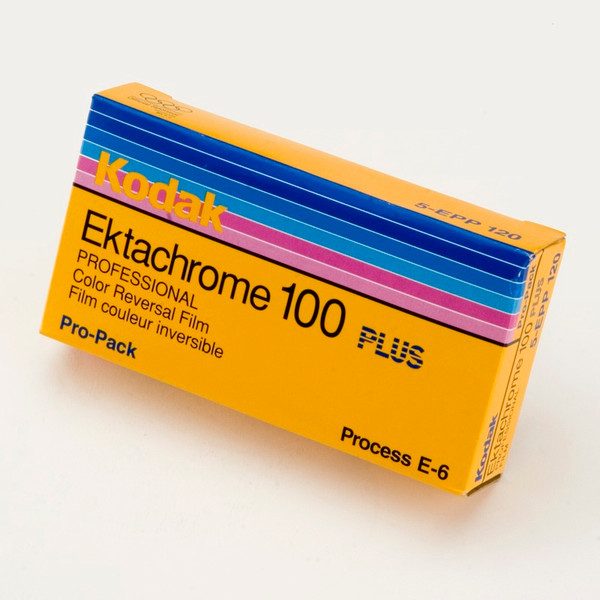 The Expiration Date on this film is April 2000. Do to the age of this film it is being offered for experimental purposes only. There is no warranty implied or explicit.

Daylight or electronic flash; You can also expose it with photolamps (3400K) or tungsten (3200K) illumination with conversion filters

Use this film to produce color transparencies for viewing with 5000K illumination; For printing by photomechanical methods and by photographic methods of direct duplication and direct reversal printing; Can scan transparencies for digital printing and for graphic arts and photo CD applications

Ektachrome
From Wikipedia, the free encyclopedia

Ektachrome was a brand name owned by Kodak for a range of transparency, still, and motion picture films available in most formats, including 35 mm and sheet sizes to 11×14 inch size. Ektachrome has a distinctive look that became familiar to many readers of National Geographic, which used it extensively for color photographs for decades in settings where Kodachrome was too slow.

Ektachrome, initially developed in the early 1940s, allowed professionals and amateurs alike to process their own films. It also made color reversal film more practical in larger formats, and the Kodachrome Professional film in sheet sizes was later discontinued.

Whereas the development process used by Kodachrome was technically intricate and beyond the means of amateur photographers and smaller photographic labs, Ektachrome was a product that small professional labs could afford equipment to develop. Many process variants (designated E-1 through E-6) were used to develop it over the years. Modern Ektachrome films were developed using the E-6 process, which can be carried out by small labs or by a keen amateur using a basic film tank and tempering bath to maintain the temperature at 100 °F (38 °C).

Ektachrome was used occasionally as a motion picture film stock, such as in the 1999 film Three Kings, which used cross processing in C-41 color negative chemistry to give a unique appearance.

Several years before Ektachrome's discontinuation, some of Kodak's consumer E-6 films were rebranded as Elite Chrome.