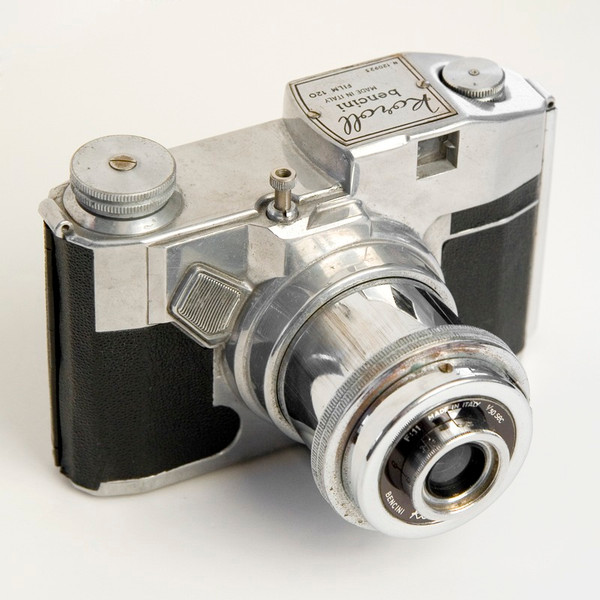 The Bencini Koroll was introduced by CMF Bencini, Milan, Italy circa 1951. It is a viewfinder camera which takes 6x6 images on 120 roll film. The camera featured a 90mm f/11 collapsible lens, and a single-speed of 1/30th of a second, plus Bulb.

The camera is a bit rough around the edges, but appears to function as designed. The instantaneous (1/30 sec) and Bulb shutter setting work without issue. I don't have a means to test the shutter speed to know if it is exactly 1/30 sec, but given the age and nature of the camera I would expect not. The collapsible lens extends freely into position, and back to make a compact unit between shooting.