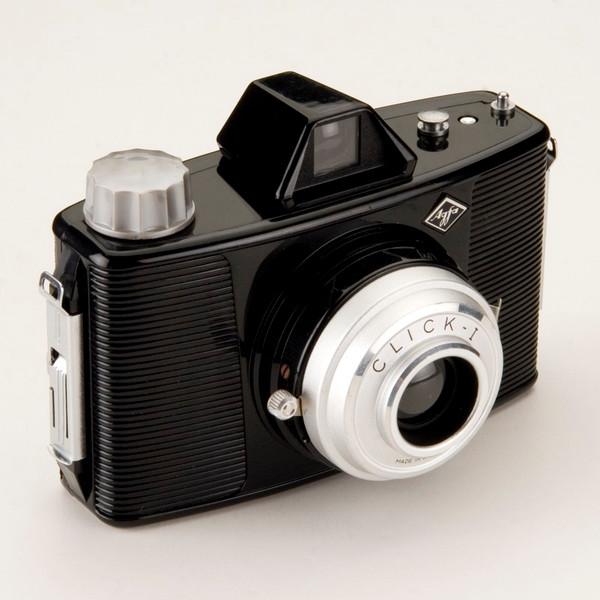 An inexpensive snapshot camera, the Agfa CLICK-I was manufactured by Agfa Camera-Werk AG, München, Germany between 1958-70. The CLICK-I is a 120 medium format viewfinder camera designed for simple operation. The CLICK is considered as an evolutionary model of the Agfa CLACK (produced by Agfa from 1954 to 1965), which featured an internal yellow filter, instead the CLACK’s close up lens.

The plastic body features a curved back cover which serves as a film pressure plate, resulting in good sharpness.

Because of it’s basic design and functionality, the Agfa CLICK-I is a favorite of Lomographic photographers, along with the Diana camera. For more information, and sample images, see Marcy’s Agfa Click-I Camera Review and Photos > Cameras > Agfa Click I at lomography.