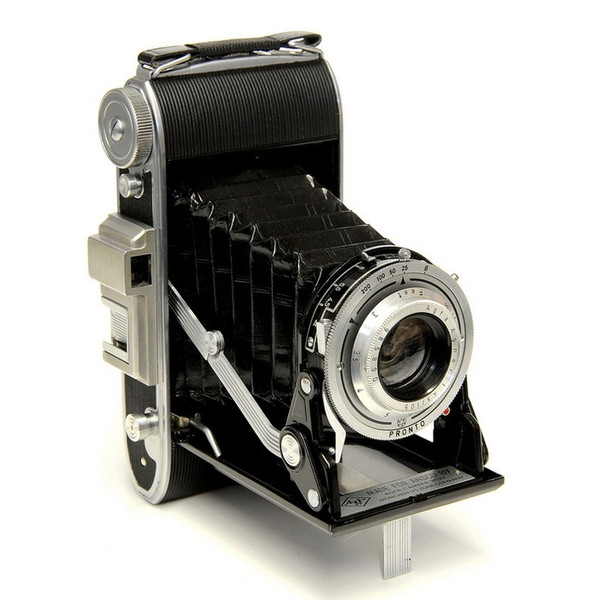 Ansco Viking 4.5 (Introduced 1952) Folding viewfinder camera using 120 roll film with 6x9cm image size producing nine photos per roll. The name plate on the camera states: "Made for Ansco By Aga Camera Werk Munchen US Zone Germany." The lens of my Ansco Viking 4.5 is an Afga Agnar 105mm f4.5, serial no. 933469. It has a Prontor shutter instead of the Vario shutter in the Viking 6.3. Shutter speeds are bulb, 1/25, 1/50, 1/100 and 1/200. Apertures are f4.5 to f32. It has a simple optical viewfinder with no rangefinder. Focus is done by estimation. It focuses from less than 3 feet to infinity. Film advance is by twisting a knob until the next exposure number is visible in the red window on the film door. That window can be opened and closed to prevent stray light from hitting the film. The shutter must be cocked with the lever on top of the lens assembly before the shutter can fire can fire.

Lomography images made with the Ansco Viking Camera.