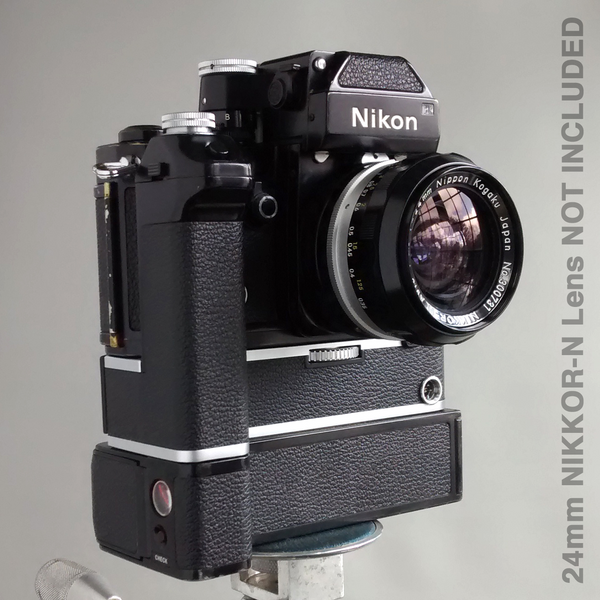 The Nikon F2 is a professional level, interchangeable lens, 35 mm film, single-lens reflex (SLR) camera. It was manufactured by the Japanese optics company Nippon Kogaku K. K. (Nikon Corporation since 1988) in Japan from September 1971 to June 1980. It used a horizontal-travel focal plane shutter with titanium shutter curtains and a speed range of 1 to 1/2000th second (up to 10 seconds using the self timer) plus Bulb and Time, and flash X-sync of 1/80th second. It had dimensions (with DE-1 head, see below) of 98 mm height, 152.5 mm width, 65 mm depth and 730 g weight. It was available in two colors: black with chrome trim and all black.

All Nikon professional F-series SLRs are full system cameras. This means that each camera body serves as only a modular hub.

See more SurplusCameraGear.com videos on our