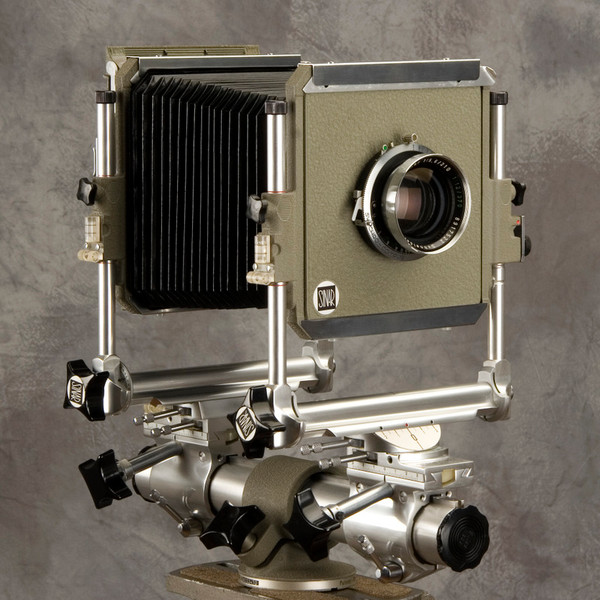 His main aim was to produce a large format camera of high precision and simple operation, with a system of parts that were readily interchangeable. The Sinar system's versatility is based on the interchangeability of parts as well as a large number of accessories that have been produced over the years. Major components (rails, bellows, lensboards, and standards) made in the 1940s are still usable with currently manufactured Sinar equipment.

The name SINAR is explained (in numerous company publications) as an acronym for "Studio, Industrie, Natur, Architektur, Reproduktion", though in an April 2011 company press release, the acronym is explained as "Sach-, Industrie-, Natur-, und Architekturfotografie sowie Reproduktion". (In English it is often seen explained as "Science, Industry, Nature, Art, and Reproduction". The company itself mentions "Still, Industrial, Nature, Architectural and Reproduction photography" in the English version of the April 2011 press release.)

Carl August Koch opened his own photographic studio in Schaffhausen. Besides his work at the studio mainly as a portraits photographer, he was a passionate photographer of landscapes and mountain sceneries.

At that time the plates were casted in a photo tent on the spot and the heavy equipment had to be carried everywhere.

Hans-Carl Koch took over the business in 1911. His favorite photographic work was the portrait photography. Furthermore his field of activity also included architecture and occasionally industry photography. Always with a glance into the future he started with the photo commerce beside his work at the studio. 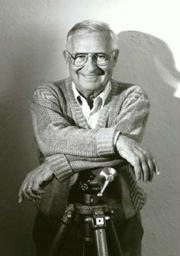 The business was carried on by his son Carl Hans Koch, the inventor of the Sinar camera.

He earned a degree in photography as well as in photo commerce. Carl Koch was unsatisfied with the then large format cameras. 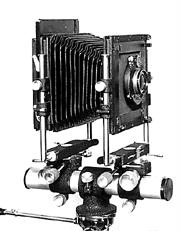 With his experience of many years as well as his inventive genius and talent for analytical and technical thinking he developed a camera “made to measure” for universal use.

The camera had to adapt quickly and precisely to the changing needs of the photographer. In 1947 Carl Koch applied for a patent for the Sinar camera.

The outstanding feature of this camera, and this is still true today, is the remarkable expansion it brought to the capabilities of the professional large format camera. This was achieved by means of standardized components carefully designed to form a highly versatile building block system. Looking at the Sinar System today, one can still tell that its first cameras were built by watchmakers. 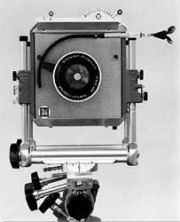 The photographer´s working place should be behind the camera!

Only one shutter for all lenses with integrated aperture control.