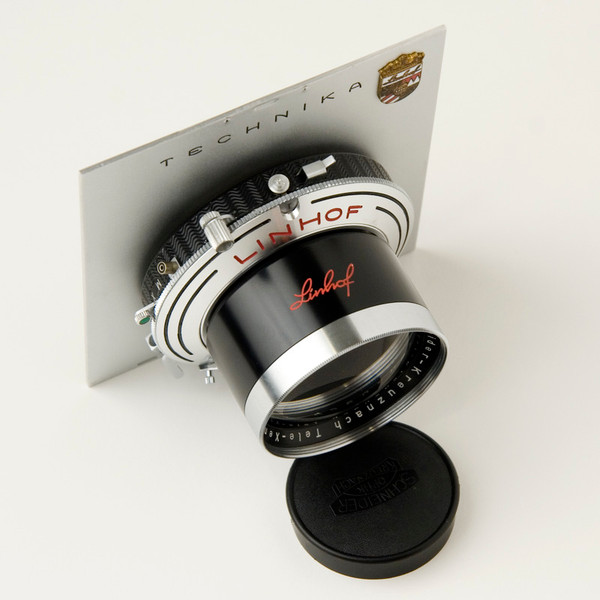 This is a beautiful vintage lens in mint condition. The glass is clean and scratch free, showing only typical amounts of surface and interior dust. It was part of a Linhof Technika III Version 5 kit I purchased several years ago that looked like it belonged to a hobbyist who never used it (sadly, I followed his example).

The Linhof branded Synchro-Compur Shutter (Serial No. A514610) features speeds of 1/200, 1/100, 1/50, 1/25, 1/10, 1/5, 1/2, 1 second, B (bulb) and T (time), M and X flash synchronization, and a standard PC flash terminal. The shutter sounds good at all speeds, but I cannot judge the accuracy. The front surface of the shutter blades show a moderate patina; the rear look almost new. Given the age and lack-of-use it would be prudent to have it professionally cleaned, lubricated and adjusted (CLAed).

The Schneider Tele-Xenar series of lenses earned a reputation as a general-purpose view camera lens for the professional and amateur photographer alike. Considered a “short” telephoto lens (roughly equivalent to an 80mm lens on a 35mm camera), the 240mm lens can be used for product photography, landscapes and portraiture. It has long been considered by many to be the most useful focal length on 4x5in format cameras.