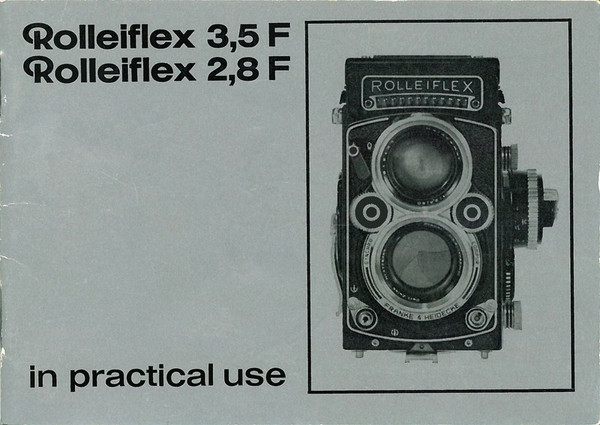 The Rolleiflex 2.8F was introduced in 1960, one year after the Rolleiflex 3.5F came on the market. The mechanisms and the operation of these two are about the same except the lens and these are the models said to be the perfections of Rollei TLR cameras. (Refer to Rolleiflex 3.5F.) The differences from E models were as follows: The light value system was omitted on this camera. Both 120 and 220 roll films were available and there was the film switching dial for them put on the film wind crank's part. The frame counter for 35mm film was omitted, but still 35mm film was available by means of Rolleikin type F. (Rolleikin type F had to be used for Rolleiflex 2.8F and 3.5F.)

The designations left, right, forward, above, below apply to camera in normal operating position. Accordingly: left focusing side, right crank side, etc.