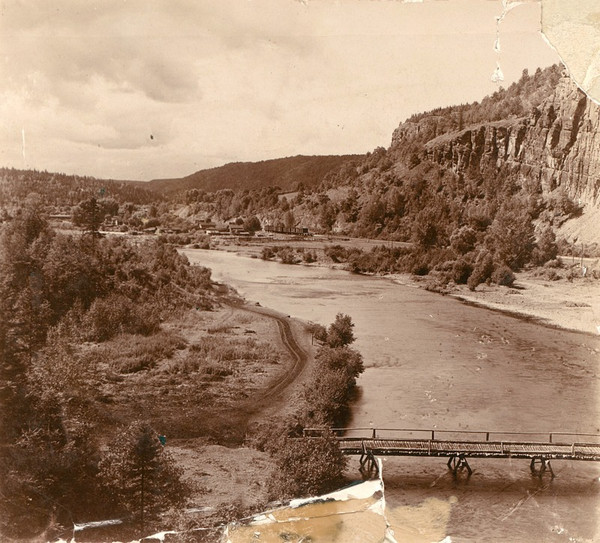 Toning is the term applied to the process of changing the colour of a photographic image. With development papers, toning is an optional process to provide a colour different from the usual black; with printing-out papers, toning is a necessary part of the production of a print.

The toning processes below have in nearly every case been worked out for use on bromide prints, but they are equally effective with prints on chlorobromide or chloride (gaslight) paper and with lantern slides. The colours obtained, however, are often slightly different.

The following table will serve as an index to the colours obtainable on bromide papers by different toners. The order is approximately that in which the formulae appear in the succeeding pages:

Sulphide Toning (Brown and Sepia). In this process the silver image is converted into silver sulphide. The final colour depends chiefly on the fineness of grain of the original print, and hence on details of exposure and development. An over-exposed and under-developed print will never tone to a good colour (see Kodak Sulfide Sepia Toner T-7a Formula)

Mercury and Sulphide Toning. Bv varying the composition of both bleacher and darkener a wide range of tones may be had (from Black to Warm Brown to Red Chalk). The following process is due to H. W. Bennett.

Sulphide Toning for Gaslight Prints. Gaslight paper often gives rather a yellowish-sepia with ordinary sulphide toning. In such cases the following modification of the pre-sulphiding process will be found serviceable.

Liver of Sulphur Direct Tartan. The tones given by the following are similar to those given by the hypo-alum process.

Direct Toning with Selenium. The following one-solution selenium toner gives a sepia tone on gaslight paper, and brown with a purplish tinge on bromide papers. Results are permanent.

Selenium toning can be followed by ordinary sulphide toning (ferricyanide and bromide bleacher, sulphide darkener); the tones so obtained vary from bluish-purple to red-brown according to the time of immersion in the selenium bath.

Combined Copper and Sulphide Toning. If a print fully toned by the copper process is treated With I per cent. sodium sulphide solution, a very fine permanent red-sepia tone is produced. After removal from the copper bath it should be immersed in water acidified (2 to 5 per cent.) with nitric acid, washed, and sulphided. Colder tones can be obtained by stopping the copper toning before the final red chalk is reached. This process gives considerable intensification.

Uranium Toning. A direct toner for shades from warm black through a pleasing range of browns to Bartolozzi red. The reputation for giving impermanent prints appears to have arisen because the final image is soluble in any alkaline solution, including ordinary tap-water. The instructions therefore require that washing after toning must be done in acidified water; the acid used is one that evaporates with the water as the print dries. Toning intensifies the image; the warmer the tone required the lighter should be the original print.

Mixed Copper and Uranium Toning. An exceptionally pleasing range of intermediate tones, warmer than those obtained from uranium and free from the purplish or pinkish tinge characteristic of copper, may be obtained by combining the two processes. This is most simply done by first toning in the copper bath given above (containing citrate), washing in tap-water, and then immersing the print in the darkener used in the non-intensifying two-stage uranium toning process above. In this uranium toning takes place, but the extent of toning is limited, and depends entirely upon the extent of the copper toning already done. The further toning is taken in the copper bath, the further go in the uranium darkener, so that the proportion of the two colours always remains constant. Further, there is no appreciable intensification or reduction, at any stage in the series of colours, when using this method of mixed toning.

Iron Toning. This bath gives blue tones, and intensifies the image to a considerable extent, especially if the print is not fixed. The following toning bath (Kodak, 1922) may be used. The quantities in the formula refer to the required amounts of 10 per cent. solutions of the chemicals named, except where otherwise stated.

Gold Toning. A strong gold and thiocyanate toning bath, as for P.O.P. (Printing-Out Paper), will improve the colour of a greenish or rustyblack bromide print. Applied after sulphide toning by any process, it gives a very fine red chalk tone, the tone being especially fine if the colour after sulphide toning was yellowish as a result of over—exposing and under-developing the original print.

Dy-Toning. This process is chiefly of value for transparencies, but with care it can be applied also to prints on paper. The principle involved is that of so treating the image as to yield a colourless material which will act as a "mordant" to which a dye will adhere firmly. The dye chosen must not, of course, stain plain gelatine.

Silver printing-out papers must be toned before fixing if a pleasing colour is to be obtained. The process of toning consists in depositing gold or sometimes platinum on the image. The following toning baths are suitable for ordinary P.O.P.

A gives red to purple tones, C red and brown tones, while B and D give brown and purple tones. D tones very rapidly, with freedom from double tones.

Prints should be washed in several changes of water before toning, until the wash-water is free from milkiness. Toning is best continued until but little warmth can be seen in the shadows on looking through the prints. After toning, fix in plain 10 per cent. hypo.

For Albumenised Paper, the following toner is suitable:

Wash before toning as for P.O.P., and fix in 10 per cent. hypo to which a few drops of ammonia have been added.

Platinum Toning for P.O.P. This process gives very beautiful brown colours. First treat the prints in a 5 per cent. solution of common salt, rinse well, and tone in:

Chocolate to black tones be obtained by first toning in:

When a warm brown tone is reached, rinse and transfer to the above platinum toner.

Both images form part of: Sergei Mikhailovich Prokudin-Gorskii Collection (Library of Congress). In album: Views along the Mariinskii Canal and river system, Russian Empire, LOT 10332-A, no. 21.

Possibly photographed by Charles I. Berg, architect and photographer, who was secretary of the Gramercy Park Association when the park won first prize for park planting and protection at the 1922 City Gardens Club of New York City photograph exhibition at the New York Camera Club. Slide for lecturing on city and suburban gardens. Frances Benjamin Johnston, 1864-1952, lecturer. LOC Reproduction Number: LC-DIG-ppmsca-16137

Roger Fenton is a towering figure in the history of photography, the most celebrated and influential photographer in England during the medium's "golden age" of the 1850s. Before taking up the camera, he studied law in London and painting in Paris. He travelled to Russia in 1852 and photographed the landmarks of Kiev and Moscow; founded the Photographic Society (later designated the Royal Photographic Society) in 1853; was appointed the first official photographer of the British Museum in 1854; achieved widespread recognition for his photographs of the Crimean War in 1855; and excelled throughout the decade as a photographer in all the medium's genres—architecture, landscape, portraiture, still life, reportage, and tableau-vivant.

Fenton's most widespread acclaim came in 1855, with photographs of the Crimean War, a conflict in which British, French, Sardinian, and Turkish troops battled Russia's attempt to expand its influence into European territory of the Ottoman empire. Fenton was commissioned by the Manchester publisher Thomas Agnew & Sons to travel to the Crimea and document the war, and his mission was encouraged by the government, which hoped that his photographs would reassure a worried public. Fenton's extensive documentation of the war—the first such use of photography—included pictures of the port of Balaklava, the camps, the terrain of battle, and portraits of officers, soldiers, and support staff of the various allied armies.

Malcolm Daniel
Department of Photographs, The Metropolitan Museum of Art

Images by Roger Fenton from the collection Fenton Crimean War Photographs at the Library of Congress: 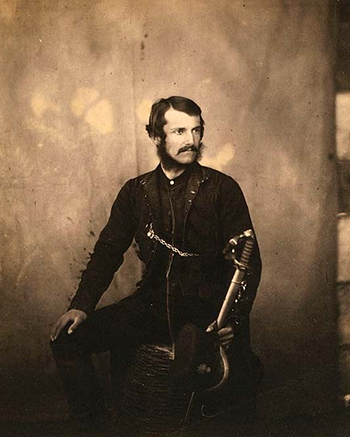 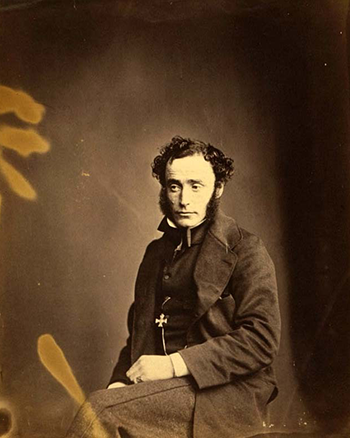